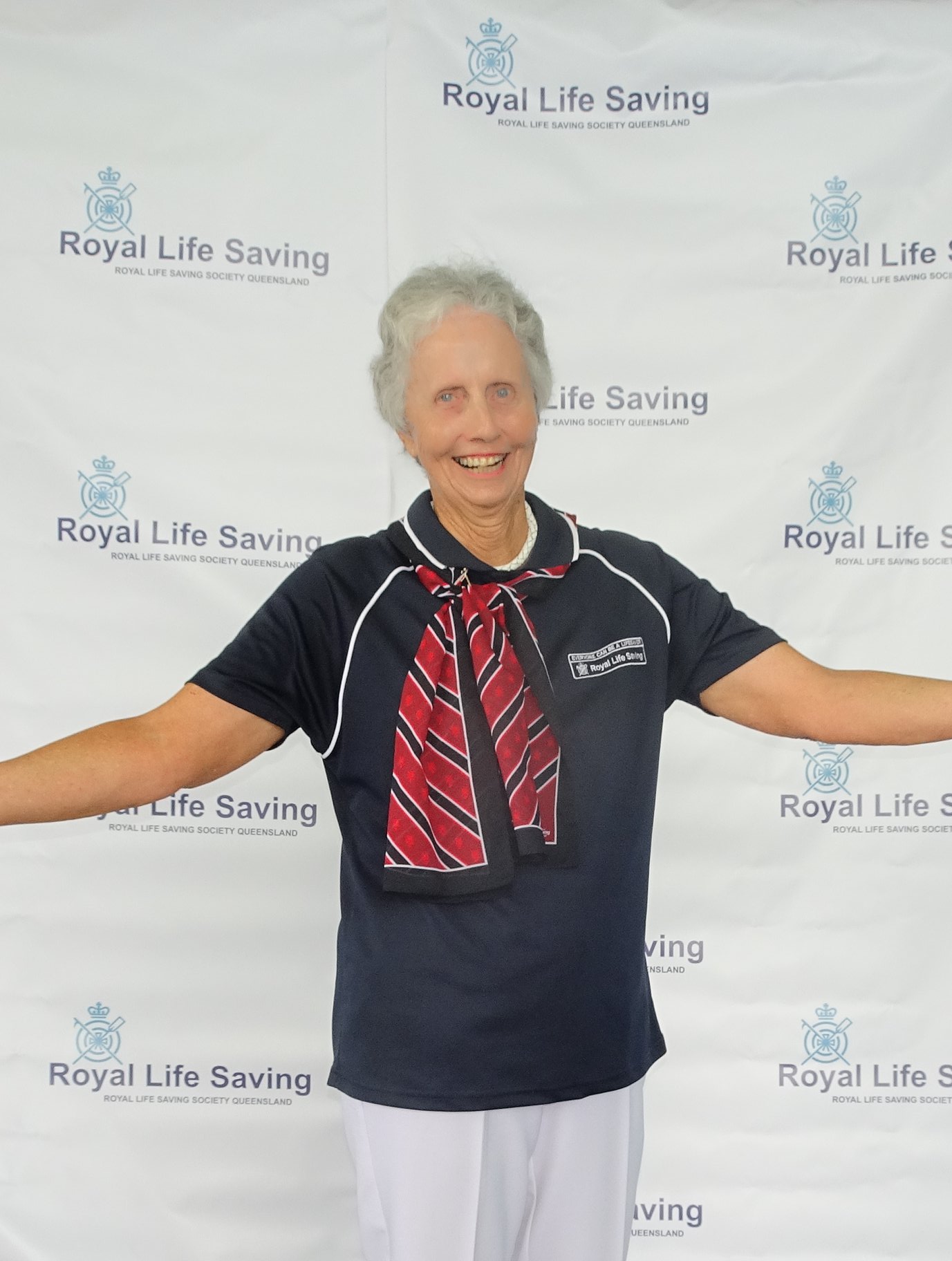 Royal Life Saving Queensland would like to congratulate Life Member Mrs Ann BRETT, which the Governor-General has announced Mrs Brett will receive a Medal in the General Division (OAM) for the Queen’s Birthday 2021 Honours List.

Ann Brett has been continually involved with the Royal Life Saving Society Queensland since 1963 upon being accepted as a Probationary Examiner. She gained her first lifesaving award in 1956, at the age of 12, while attending school, as most Queenslanders did at the time. At Teachers’ College her involvement increased, and she gained her Bronze Medallion (as was the requirement of the Queensland Education Department at the time). Unlike most teachers however, Ann took on the voluntary role of a RLSS examiner with great enthusiasm.

From the mid-1960s to the early 1970’s Ann examined many students at schools and institutions across the south east of Queensland, in her own time. After returning to Australia in 1976 Ann continued volunteering with the Royal Life Saving, assisting with conferences, instructing and examining. In 1982 she became Secretary of the Board of Examiners until 1990. This was a critical time for Royal Life Saving in Australia; the new Swimming & Lifesaving manual was produced with an unprecedented approach to lifesaving and its award structure. Ann managed not only Royal Life Saving Examiners in Queensland, but also a new level of assessors, (for the new awards for Primary School aged population titled Swim & Survive) called Authorised Assessors.

The Order of Australia is an honour that recognises Australian citizens and other persons for achievement or meritorious service. It was established on 14 February 1975 by Elizabeth II, Queen of Australia, on the recommendation of the Australian Government.